So You Want to Make Money Running a Sci-Fi Convention 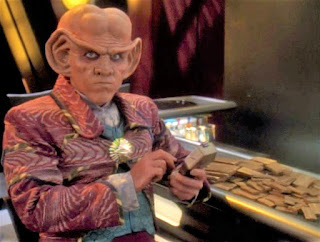 In my previous #concomlife posts, I've talked about Big Convention Economics, which heavily incentivizes "media cons" to turn into autograph mills designed almost entirely to churn through photo ops and signing sessions with celebrities. Today I'm going to touch on the subject from a broader perspective: trying to make money running a sci-fi convention.

ConGlomeration never did earn much money. In fact, it took a five-figure donation from an obscenely generous benefactor to get us through a financial crisis about halfway through our operating life. Some of that was due to our conviction to keep prices affordable, but most of it was due to small, fan-run conventions simply not being capable of generating much profit.

Let's break down ConGlomeration's needs and our budget.

ConGlomeration required about 30,000 square feet of convention space for us to offer all of our programs and activities. We needed at least half of that in contiguous space for our Dealers Room & Art Show, and then two more lots of 5,000 square feet apiece for our Game Room and Masquerade Hall, respectively. The remainder of our space was used for programming, which could be broken up to as little as 400 square feet per room.

ConGlomeration also needed a very large hotel suite for our Hospitality Suite. No hotel will allow you to compete with their food and beverage operation by serving your own food in the convention space, which is why snacks must be served in a hotel suite. The alternative is to pay a catering rate per head for snack service throughout the convention, which at minimum would be be 5x as expensive, and possibly 20x.

ConGlomeration required literally every last table and chair the hotel owned (at the Ramada, we required more; they had to subcontract additional items from a supplier for our weekend). They literally couldn't have put on any other event on Saturday or our con without renting extra tables and equipment.

Now, very few hotels can offer convention spaces that extensive. In Louisville (our home market), there were only the the Holiday Inn Lakeview in southern Indiana (our original hotel), the Ramada Plaza (our hotel for the bulk of our 20-year run), the Crowne Plaza (our hotel for our final two years), the Galt House, the downtown Marriott, and the Omni. Having those few options limited our negotiating position.

Now, broadly speaking, the last three hotels on that list never hosted ConGlomeration because they were prohibitively expensive, but I won't quote you a price because exhibition space costs are wildly variable. Hotels change their space rental rates based on three basic factors: how in-demand the dates you're seeking are, how much catering you're including, and how many hotel room-nights you're guaranteeing as part of the space rental.

Most hotels make their "convention" money on banquet catering and room nights, not the actual cost of the space. Spend enough on catering or book enough hotel rooms and you can get exhibition space for virtually nothing. Hotel spaces are priced for wedding receptions (lots of food, maybe a few room nights) or business conferences (a little food, but a lot of room nights).

The cheapest catering option you'll ever see at hotel is for something around $10 per person, and that's for a one-time "snack" of bagged chips and canned drinks. ConGlomeration budgeted $5 per person in our Hospitality Suite, and that covered non-stop homemade snacks and drinks for a 50-hour convention. As such, we never going to hire the hotel to provide snacks or meals, so we were never going to get a space discount for a catering spend.

We never got a significant price break at any hotel, nor did we ever owe beyond our guarantee. Our room nights never grew much over 20 years of running a convention. We were smart enough to negotiate a "window" that extended from the Thursday before the convention to the Monday after, so staff and die-hards who showed up early for setup and stayed late for tear-down got counted, so long as they booked through our room blocks. We got a convention rate for our rooms, which was below the "rack rate" but pretty on par with Priceline/Expedia rates, so no one was tempted to book outside our room block to save money.

Our rate was $99 per room for the cheapest room, so we effectively guaranteed $25,500.00 in room-night revenue to the hotel. In exchange for that, we got the 30,000 square feet of convention space plus the Presidential Suite (with kitchen) for our Hospitality Suite, all for about $11,000 in rental.

But to spend "only" $11,000 with an additional $25,500 guarantee for that much space, we had to book on Easter weekend. Easter was the only weekend with little enough demand that so much convention space and so many hotel rooms are simultaneously available. It's a major holiday that doesn't tend to include major travel or attract a lot of wedding business. Those weekends are rare.

Beyond the topline cost of renting hotel space, we should have taken out event insurance to cover the make-good on $25,500 should some event happen that prevented us from attracting that many guests, but we didn't have the funds for that. A major make-good would have simply bankrupted the convention.

This is why we we lent half our exhibition space to the Art Show and Dealer Room. We earned about $4,500 from Dealer tables, and another $4,000 from Art Show displays. That was a third of our budget made up before we sold a single membership. We averaged 616 memberships between 2016 and 2019, the years we engaged in paid online advertising. Of those, at least 90% were paying memberships, so conservatively about 550 paid memberships a year. By clearing around $33 apiece, we made roughly another $18-20,000 from actual attendees. All told, we'd bring in between $28,000 each year against a $25,000 budget.

A year's work by hundreds of people to make a measly $3,000 -- and that was after 20 years of perfecting our craft. That $3,000 usually became our deposit for the next year's event rental, so it was often in our bank account for a mere matter of days before being spent again.

When people ask why we didn't allow staff members to attend for free, this is why -- we couldn't afford it. "Comping" too many staff and friend badges is how conventions go under, and we saw many fellow conventions fall over the years for exactly that reason.

Some years, we also had major capital expenditures, like replacing our aging cash register with a PayPal Here terminal, or replenishing equipment for the Hospitality Suite. These necessary spends happened too infrequently, simply because we couldn't afford them.

Large "media cons" get big because that's how you earn economies of scale. A staff of 2-5 people run multiple conventions around the country as a full-time job. To make a decent profit margin, they rent standalone convention centers not attached to hotels, book hundreds of celebrities and merchandise vendors, and churn through as many autographs, photo ops, and VIP experiences as they can to earn out the appearance guarantees they made to those celebs.

When you're attracting 20,000 paying members, you can afford to comp 200 badges, especially when all that those badges get you is an entry to the dealer and main autograph hall; you still have to pay to get autographs and pictures and merchandise. It's no different than skipping the cover charge at a bar by being a roadie for the band; the bar still makes money on your food and drinks.

To reach the level where a sci-fi convention makes money, you likely have to get bigger than ConGlomeration (or any fan-run convention) could handle. To make it your job, you have to be a media con, end of story.

We always wanted to be a Geek Family Reunion, which meant staying small and affordable, and that means living on very thin margins for a very long time. Eventually, we couldn't do it anymore.

Thanks for reading; see you next time in the #concomlife.
Posted by Jay Garmon

Email ThisBlogThis!Share to TwitterShare to FacebookShare to Pinterest
Labels: #concomlife