What highly explosive technology was originally patented on July 4?


As the Simpsons video above teaches us, there's no better way to celebrate the independence of our nation than by blowing up a small part of it. Indeed, setting off fireworks on Independence Day has been an American tradition since the holiday's first observance on July 4, 1777. Still, July 4th is a date with a long association with explosive events -- even those separate from American residents telling off British monarchs via the indulgent ignition of gunpowder.

In fact, on one particular July 4, perhaps the most historically significant explosive technology ever created was patented -- and no American was involved.

What highly explosive technology was originally patented on July 4?

Nerd Word of the Week: Day-and-Date

Image via Wikipedia
Day-and-date (adj.) - A term from the film industry that describes a movie which is released in multiple formats simultaneously, such that movie theaters, home video, television and/or online video can all sell the same film on exactly the same day and date. Day-and-date projects eliminate the so-called release window between the different formats and venues. Naturally, the venues that benefit from a preferential release window -- namely, movie theaters -- don't like the idea of home video or online video cannibalizing their audiences. Others view day-and-date releases as a means of combating movie piracy by offering movies in whatever format fans prefer simultaneously.

I bring it up because: Day-and-date isn't just a film issue anymore, as both Marvel and DC comics have announced digital comic book strategies -- the latter just yesterday -- that include day-and-date releases for certain titles. This has comic retailers in a tizzy, which is why Marvel has priced their digital comics as more expensive than traditional comics, and why DC is diverting some of its digital profits to directly support retailers. The traditional book industry is also struggling with the day-and-date issue as applies to ebooks versus physical books, with fans staging Amazon one-star rating protests for books that don't offer day-and-date ebook versions. Meanwhile, Hollywood has found new ways to create day-and-date release conflicts, with some studios forcing Redbox to delay renting movies by 28 days to prop up DVD sales. Meahwhile, Paramount earned kudos for dropping the 28-day Redbox release window. Some see day-and-date releases as the future of all media. How fast we get there remains to be seen.

Besides our own moon, how many non-planets have humans successfully landed a spaceprobe on? 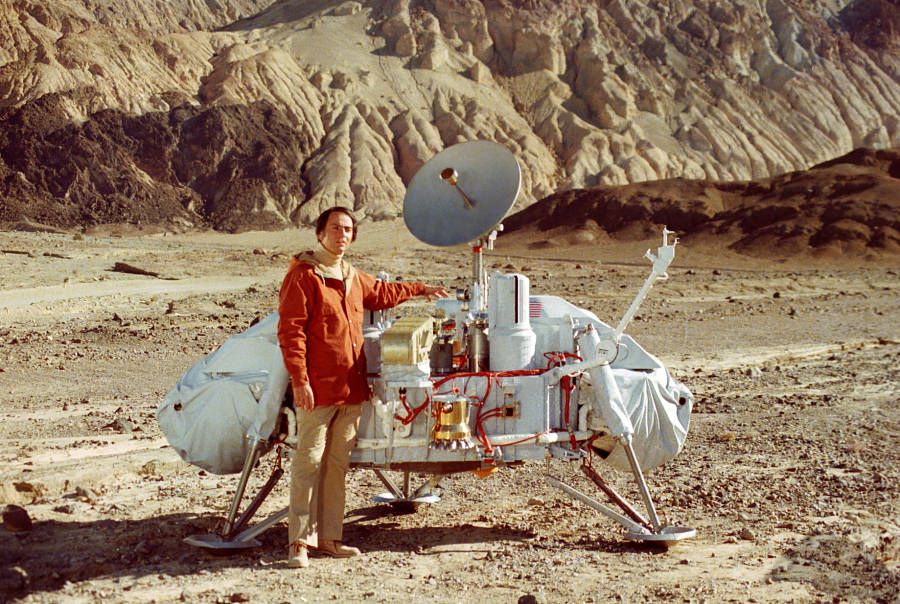 When it comes to space probes, there are three basic levels of design difficulty: Impactors, orbiters, and landers.
Impactors are literally designed to crash into other celestial objects, recording until they smash into another space rock, which saves flight engineers the trouble of targeting anything beyond a nearby gravity well.
Orbiters are designed to enter -- and in some cases slingshot through -- a nearby gravity well, which requires far more navigational calculus.
Landers, as you might imagine, require not only reaching another gravity well, but delicately succumbing it to it in such a fashion as to not crush or incinerate the space probe on its way to reaching the target surface.

When it comes to space probe targets, there are also three basic levels of difficulty: Our own moon, other local planets, and other local non-planets besides our own moon.
The moon is biggest local gravity well besides the Earth itself. We've been crashing...er, impacting probes with the moon for fifty years, since the Soviet Luna 2 "flyby" in 1959. The moon is in Earth orbit, so hitting the moon is basic crashing one object in Earth gravity well into another.
Hitting another planet requires leaving Earth's gravity well and successfully falling into another one -- which isn't so easy with the sun out there trying to turn everything into another Sol-trapped pseudo-comet.
Hitting a non-planet besides the moon? That's the really hard trick, as you not only leave Earth's gravity well, but you have to hit a target usually trapped within the gravity well of another planetary body. That's bit like riding a waterfall and choosing which rock to land on at the bottom -- without ending up in the pool of water underneath.

It should comes as no surprise, then, that we've only in recent years been able to land a space probe on a non-planet besides our own moon, and we've only pulled it off a bare handful of times.

Besides our own moon, how many non-planets have humans successfully landed a space probe on?

Image by Dekuwa via Flickr
Motion gaming (n.) - A subset of video games that use the physical movements of the player as the primary basis for game controls. The concept is a crude implementation of a gestural interface. Motion gaming is often more intuitive for novice players, as their physical movements are directly emulated in the game environment, sparing players the need to abstract the game controls through buttons, joysticks, or other conventional input devices. The Nintendo Wii is the first major home video game console based around the motion gaming concept.

I bring it up because: The power gamers just joined the motion gaming revolution this week at E3 2010, with Microsoft unveiling Kinect for the Xbox 360 (formerly known as Project: Natal) and Sony debuting the Playstation Move for the PS3. Both employ some version of the motion gaming paradigm pioneered by the Wii -- though Kinect does so without a physical controller -- bringing us one inching step closer to the eternal dream of a personal immersion holodeck. Call me when the augmented reality gamer glasses get here.

What were the only two items displayed on both Pioneer Plaques and Voyager Records?

Image by "T"eresa via Flickr
Twenty-seven years ago this week, Pioneer 10 became the first man-made object to "leave" the solar system when it passed orbit of Neptune on June 13, 1983. Technically, Pioneer 10 has yet to enter the Oort cloud, let alone escape the heliopause, so it's not beyond the influence of our sun. Nonetheless, Pioneer 10 is the first man-made object to carry a tangible human message outside the local planetary system -- the first Pioneer Plaque.

Designed by Carl "Contact & Cosmos" Sagan and Frank "The Drake Equation" Drake, the Pioneer Plaque contained a supposedly universally comprehensible description of the Pioneer probe's origins, including mathematic and astronomic directions to our solar system and a basic depiction of human beings. The depiction of humanity included simplified nude line drawings of an adult human male and female. While Stephen Hawking has of late suggested that we should not tell aliens where we live, the big controversy about extraterrestrial communications in 1972 was that we launched nudie pictures into space.

What were the only two items displayed on both Pioneer Plaques and Voyager Records? Image by EisFrei via Flickr
Data pig (n.) - A person who consumes an unusually high amount of data over a network connection. Not to be confused with a bandwidth hog, which is a user that consumes so much network data that network performance is reduced for other users. Data pigs are heavy users that don't cause problems. Internet service providers often (intentionally) mislabel data pigs as bandwidth hogs. Data pigs are usually subscribers to "unlimited" data plans -- plans which increase customer subscriptions, but limit ISP profits -- and thus ousting data pigs is often a net profit gain for service providers.

I bring it up because: The Broadband Internet Technical Advisory Group (BITAG) was announced yesterday as an industry board that will "advise" the US government on net neutrality issues. The need to clamp down on (or profit from) data pigs is often one of the motivating factors for opponents of net neutrality. Moreover, AT&T (a BITAG member) just last week ended its "unlimited" wireless data plan for iPhone and iPad owners, such that they can now charge data pigs more money and hopefully alleviate strain on the bandwidth-strapped AT&T wireless network.While Google is also a member of BITAG and perhaps the world's staunchest corporate advocate for net neutrality so is Comcast, which was smacked by the FCC for secretly throttling peer-to-peer data pigs. We'll see who wins in the end, but in the short term it's almost certainly going to get harder to be a data pig. Image via Wikipedia
The film version of The A-Team debuts this Friday, hoping to capitalize on nostalgia for the campy and kitsch namesake TV action series from the 1980s. The original A-Team is fondly remembered (by myself as much as anyone) despite the fact that the series was almost defiantly formulaic, to the point that the recurring episode outline makes up a large portion of the show's Wikipedia entry.

As part of that static plot arc, the A-Team would break their pilot, Howlin' Mad Murdoch (played by Dwight "Lt. Reginald Barclay from NextGen" Schultz), out of a VA mental hospital every episode. The exterior shots of that hospital were filmed at the Sepulveda Veterans Administration Hospital in the North Hills, CA, which at the time was still a functioning VA facility. The Sepulveda hospital was controversially shuttered after the 1994 Northridge earthquake and remains out of VA service to this day.

I say controversially because, while the VA stopped using the Sepulveda hospital as a hospital, the Veteran's Administrations today makes an undisclosed amount of money renting out Sepulveda as a filming location. In fact, one highly rated television medical drama uses Sepulveda as its primary hospital set.