Nerd Word of the Week: YARM 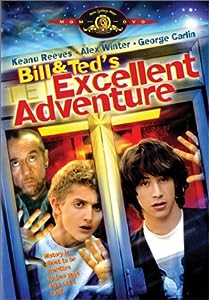 Cover of Bill & Ted's Excellent Adventure
YARM (n.) - Acronym for Yet Another Remake, typically used to describe the remake of a classic film or television program that is expected to be at best unnecessary and at worst grossly disrespectful to the original source material.

I bring it up because: Hollywood is determined to make me scream YARM!!! at the top of my lungs on at least a weekly basis. And no, I'm not talking about Tim Burton's Alice in Wonderland, which is just the bajillionth take on that hey-it's-in-the-public-domain concept. Though, frankly, I'm more interested in the new takes on Red Riding Hood starring Amanda Seyfried and Felicia Day, respectively. No, the YARM-spree is far more sinister than remixed fairy tales. There are plans to remake the arch-camp 1980s vampire classic Fright Night, as well as other beloved (or, at least, ironically referenced) staples of the Reagan era Bill & Ted's Excellent Adventure, Honey I Shrunk the Kids, and Tom Hanks's Big. You want to update The Crazies?  I can live with that. But touching the Ray Harryhausen masterpiece Clash of the Titans? You deserve to be impaled on a giant scorpion. I love me some Jackie Chan, but he's got no business trying to pave over Pat Morita's timeless Mr. Miyagi in a remade Karate Kid. And if I hear one more rumor about a prequel to The Thing I'm going to personally drown every major studio head in a bloody antarctic waterfall. Seriously.