Whom (and How) Joe Biden Should Choose for Vice President 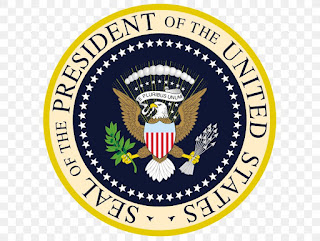 Who should Joe Biden choose his running mate, and how should he go about making and announcing that choice?

Let's answer the second part first. Joe should steal a little reality show pageantry from his opponent in the upcoming election and announce more than just a VP pick; Biden should announce presumptive nominees for several major cabinet positions, and he should tease out those announcements one at a time, leading up to the final announcement of a VP choice.

This slow burn would dominate headlines, keep attention on Biden, and offer the public a chance to imagine what a Biden administration would look like, prioritize, and even accomplish. It would also offer consolation spots to former Democratic contenders and current party heavyweights who were not selected for VP -- including all the men removed from consideration when Biden committed to choosing a woman as a running mate.

FORMER PRESIDENTIAL CANDIDATES
Let's start our cabinet announcements with the folks who want to be President and who have shown some viability on the national stage. Here's everyone who ran but didn't win the Democratic nominating process this year, in reverse order of dropping out.
Yes, 27 people not named Joe Biden ran for the Democratic nomination this election cycle. It was fairly insane. There are only 15 cabinet positions available after naming a Vice President, and many of those lack the import or impact to be worth announcing early. Time to trim the field.

TOO VALUABLE ELSEWHERE
Some candidates are in vulnerable or swing districts where the Democrats can't risk them not defending their seats or challenging for other offices at home. They can't be tabbed for cabinet positions.
TOO WEAK, TOO OLD, OR BOTH
A lot of folks ran just to raise a quaint little campaign war chest, get some free publicity, and improve their standing on the lecture (and future lobbying) circuit. That doesn't make them viable candidates or real factors in the future of the national party. Others were legitimate contenders who simply can't run again, so there's no need to boost their profile with a cabinet spot.
WHO MAKES THE CUT
Here are the ex-Presidential candidates I'd announce for cabinet posts, in this order.

ATTORNEY GENERAL: Kamala Harris
A bang right out of the gate. Harris has been widely touted as a potential VP, and not just because she's a woman of color. She has a fierce if controversial record as Attorney General of California, but her widely lauded confrontations of Biden on racial justice issues during the debates makes her an ideal choice to lead a Justice Department in need of reorientation, especially around racial issues. Biden makes his African American support ironclad with his first announcement and sets the expectations of an All-Star cabinet reveal to come.

SECRETARY OF HOMELAND SECURITY: Julian Castro
Castro was Secretary of Housing & Urban Development under Obama, so he'll need a fairly prominent position to make a second cabinet post worth his while. Nominating both an avowed progressive (he endorsed Elizabeth Warren immediately after dropping out) and a Latino to take charge of immigration and border security sends a powerful message and raises Castro's profile. At age 45, he wants to stay on the national stage for future contests -- and Biden needs all the help with Latinos he can get.

SECRETARY OF VETERANS AFFAIRS: Seth Moulton
In no way a name recognition pick, because Moulton never amounted to much on the Presidential trail. But he's a four-tour decorated Marine combat veteran with a rep for sparring with Nancy Pelosi as a Representative from Massachusetts, and that's a biography the party wants to groom for national play. He's also from a super-safe Dem House seat representing the Boston suburbs (where he risked getting primaried from the left), so plucking him from the minors doesn't have a lot of down-ballot impact, especially if Biden announces this pick early enough for the party to choose a solid replacement candidate. His openness about his post-traumatic stress disorder could bring some necessary perspective to the VA, which desperately needs a dose of competent compassion.

SECRETARY OF EDUCATION: Michael Bennet
While an unremarkable Presidential candidate, Bennet brings something to this post that is painfully lacking after the tenure of Betsy DeVos -- actual education experience. The superintendent of Denver public schools before he became a Senator from Colorado, Bennet was on Obama's shortlist for Education Secretary in 2008. At age 55, he's not too old to groom for national candidacy, and he gives Biden another moderate voice to balance his cabinet of rivals.

SECRETARY OF LABOR: Kirsten Gillebrand
The first time Gillebrand's political star stopped rising is when she ran for President. At age 53, with well established credentials fighting for women's equality, Gillebrand can build her brand managing workplace safety and policy, and continue to agitate for and implement the family leave, maternity benefits, and equal access policies that have been a major plank in her platform. And Andrew Cuomo gets to name the replacement for her prominent (formerly held by Hillary Clinton) New York Senate seat.

SECRETARY OF HEALTH & HUMAN SERVICES: Deval Patrick
Patrick has one of the best political origin stories in the Democratic party, but at age 63 and having already served as the first African American Governor of Massachusetts, his remaining career options are either Senator or President, and he isn't well positioned for either. However, Patrick led Massachusetts through the roll out of Romney-care, so whatever version of healthcare reform Biden strives for -- revamped Obamacare, Medicare for All, or something in between -- Patrick has legitimate experience that can help guide HHS through the makeover. Another prominent African American in the cabinet never hurts, either.

SECRETARY OF COMMERCE: Andrew Yang
The post-partisan technocrat looking to remake the entire American economy can take over the department largely responsible for getting the economy back on its feet. Commerce also owns the Census Bureau, the Weather Service and the Patent Office -- all areas in dire need of 21st century technical makeovers, which Yang would be uniquely suited to spearhead.

SECRETARY OF THE INTERIOR: Jay Inslee
At age 69, he doesn't have a future at the national level, but he's been a leading voice on climate change and giving him Interior (which has never really helped anyone's career) is a nice signal to the environmental wing of the party. Inslee was a lock to win his third term as governor of super-blue Washington state, and the Dems could probably benefit from letting someone younger, with a longer career in front of them, occupy that office.

SECRETARY OF THE TREASURY: Pete Buttigieg
A lot of folks are agitating for Buttigieg as Defense Secretary, but his brief military career and young age (38) would be unlikely to command respect at the Pentagon and, because he's less than seven years removed from active duty, he's ineligible to serve there by law. Buttigieg needs a cabinet gig more than any other major Presidential contender because a gay Democrat isn't going to win statewide office in "Mayor Pete's" home state of Indiana anytime soon, so he needs a landing spot that boosts his profile. The McKinsey wunderkind and donor-class darling who helped revive a middle-American town can take an active role in reviving the battered post-COVID American economy. Also, Treasury oversees the IRS, so whatever grand reform of the tax code Biden has planned, Buttigieg can be charged with implementing it.

SECRETARY OF STATE: Amy Klobuchar
She legitimately hung in longer than any woman not named Warren and, as a fellow centrist moderate, is probably the rival Biden most wanted as a VP before COVID-19 changed all political calculations. At age 59, giving Klobuchar the most prestigious cabinet position available anoints her as the presumptive front-runner for the moderate wing of the party in all future contests, offers her ample opportunity to earn the foreign policy chops her Senate term couldn't provide, and gives her the post that her rumored "intense" management style may best be suited for -- staring down foreign dictators and wrangling friendly heads of state. She's Hillary Clinton 2.0, but with none of the baggage.

VICE PRESIDENT: Elizabeth Warren
Biden needs to mend fences with the progressive wing of the Democratic party, and short of (not a woman and not always a Democrat) Bernie Sanders, Warren is as progressive as it comes. She's also a known planner and technocrat and, given all the deft technical administration that's going to be required to recover from COVID-19, she's an ideal pick to be the President's top adviser, top surrogate, and the tie-breaking vote in the Senate. Above all, should Biden not survive his first term in office, Warren is clearly capable of stepping in and taking the reins at any time.

Warren, however, would not be the presumptive nominee to succeed Biden, should he serve out both his terms. Warren would be 71 on Inauguration Day 2021 and would be 79 in 2028, quite possibly seen as too old to run in her own stead. She could easily run in 2024 if -- a la LBJ succeeding JFK in 1964 -- Biden does not survive his first Presidential term.

Warren likely wouldn't be a viable candidate in eight years. That puts the onus on both Biden and the Democratic party to develop a deep bench of 2028 candidates now, as well as set up obvious options should Warren need to make her own VP selection after Biden leaves office, however and whenever that happens. (Klobuchar, Harris and Buttigieg taking three of the Big Four cabinet positions sets this up nicely.)

Which brings us back to announcing an "All-Star Executive Cabinet" now. By making Warren his VP, Biden isn't putting his thumb on the scale for selecting Democratic presidential successors because Warren isn't a likely successor (unless Biden leaves office early). Instead, everyone Biden adds to his cabinet gets a bump in name-recognition and added viability in any 2024 or 2028 contests. He can shape the future of the party and improve his own current election prospects, all in one swing.

TBD
Even with all these postings, Biden still needs to name Secretaries of Agriculture, Energy, Transportation and (most importantly) Defense, as well as a chief of staff, National Security Advisor, director of every major independent agency like the FTC, SEC, CIA, NASA and even the Smithsonian -- so he has plenty of spots on a "dream team" that can entertain the press and the political junkies well up to and past the Democratic Convention.

Provided he wants to try to beat Trump at his own ratings game, that is. He won't, but a guy can dream, right?
Posted by Jay Garmon